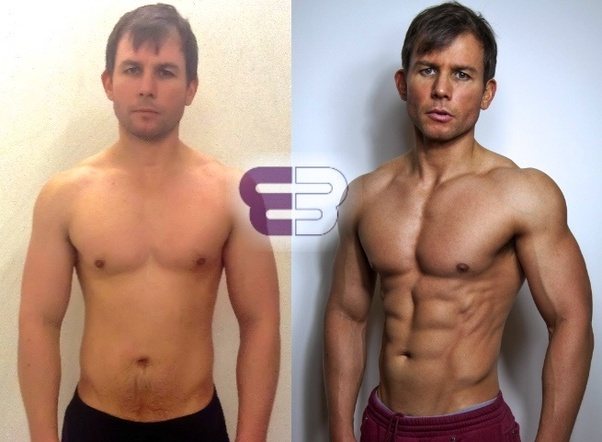 Ok, I’m already sure that most of you are already screaming “BS!” Just hear me out before you shake your head in disbelief. How many times have you seen someone that was born with a six pack? If you think long and hard…you’ll realize that MOST PEOPLE with a six pack hardly work out their stomach muscles! Guess what, a six pack is one of those things that many people get naturally. That’s why a six pack is so easy to get, because most people already have it.

Your abdominal muscles are also one the strongest muscles in your body. It heals very fast and powers your body a lot more than you think. Strong abs help your body torque, move, punch, kick, swim and move in almost every motion imaginable. Ever notice how your stomach always seem to heal so quickly, and that your routines don’t wear out your stomach like it did the previous day? That’s simply proof of how strong they are. This is why abdominal exercises are so painful for all of us. It’s because they are so strong that they can hold out for a long time; this means we have to suffer pain for extended amounts of time to really workout our stomach muscles.

The bottom line is, most people are born with a six pack, those that don’t have them, can easily develop them. So where is our six pack, then?!

Actually, for most people, your six pack is already formed and waiting for you. It’s hidden beneath the layers of fat on your stomach.

Yup! That’s absolutely correct. You probably already have a six pack under your stomach fat. In fact, you’re probably already feeling the hardness when you touch your stomach after an ab workout. That hardness that you’re feeling IS YOUR SIX PACK! So now you’re learning that you already have a six pack. Actually, if you’ve ever taken anatomy class, you will realize that we, as humans, already have our stomach muscles forming in the shape of a six pack! You can’t see the six pack because the stomach is keeping it from showing.

I think you’re finally beginning to realize the truth: getting a six pack means getting rid of stomach fat! NOT doing endless ab workouts. I don’t know who started it, but for some reason, almost EVERYONE thinks that getting a six pack is about doing hundreds of crunches and sit-ups a day. Please listen carefully: CRUNCHES AND SIT-UPS DO NOT BURN STOMACH FAT!!! I don’t care how many you do, the sit-ups and crunches will never work! AGAIN, I will say this AGAIN, the reason why people aren’t getting a six pack is because they’re spending time working out their abs instead of losing the fat COVERING their abs. And we NOW KNOW that our six pack isn’t showing NOT because it isn’t big enough, but because there is fat covering it.

All those ab products that you constantly see on TV, the roller, the electronic ab shocker, ab rocker, ab pusher, etc, etc… NONE OF THEM WORK! Why?! Because they only workout your abs, but they don’t help you lose fat!

This brings us to a commonly asked question: But don’t sit-ups & crunches burn stomach fat?

Answer: Sit-ups and crunches can only burn fat off our entire body! There is NO SUCH THING as targeting a specific location on your body to burn off fat. This is a ridiculous idea that is still being passed on from generation to generation.

Maybe this truth: You can not reduce fat off a single part of your body!

That is correct! Do not think of your fat in terms of pieces – stomach fat, arm fat, leg fat.

Instead, think of your fat in terms of ONE PIECE – BODY FAT.

Your body fat is one big piece of fat that is evenly divided throughout your whole body.

Some of you might be wondering why then, does your stomach hurt so bad when you do sit-ups and crunches. Well, the pain is because your muscles are aching, NOT because you are burning fat off your stomach.

So now that you realize that fat cannot simply be burned directly off your stomach, WHY IS EVERYONE DOING SIT-UPS AND CRUNCHES FOR A SIX PACK?!

You’re probably also realizing that sit-ups and crunches are HORRIBLE exercises for a six pack, because they only work out your stomach muscles; what you really want however, is overall loss of body fat!

This brings us to the next question: What is the BEST EXERCISE TO GET A SIX PACK?

4) The best exercise to get a six pack is RUNNING, not SIT-UPS or CRUNCHES –

Now you know. The next time you find yourself finishing your running to begin your ab workouts. Just stop, and keep running with a smile on your face. You can even run at slow speed if you want to, because that still burns more fat than sit-ups and is a hell of a lot less painful. So now you know how to get a six pack the right way.

So get to running today, tomorrow and before you know it, you’ll have washboard abs! Pace yourself and build up slowly. Do not RUSH and overdo yourself!