Politics is all about perception and promises !!

Only reason why Narendra Modi will return in 2019 is Rahul Gandhi. 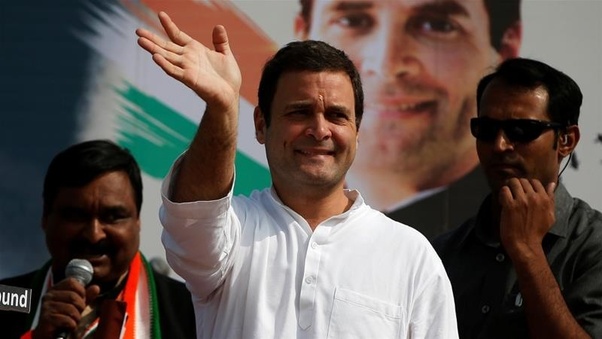 ‘The art of living’ along with ‘the art of losing’ is very well mastered by the Congress party under the leadership of its party President Mr Rahul Gandhi.

The farmers and rural distress has brought Bjp government down in these states not Rahul gandhi and his Congress.

Modi today is not half as strong as 2014, when he could say anything and get away with it. His outlandish claims, the impossible dreams he showed, made him sound like just the man people needed.Remember loksabha polls is different game all together where people would elect a prime minister not a chief minister of a state.

If India had a real opposition, we would have seen a large farmers’ protest in Delhi bringing the government to its knees, like the Lokpal movement did to UPA-2 in 2011. If instead of Gandhi we had a real opposition leader, he would have collected farmers’ leaders from across the country and sat on an indefinite hunger strike at the Ramlila Maidan.

In at least 200 Lok Sabha seats, there will be a direct contest between the BJP and the Congress. This is where the BJP will show its best performance, as it did in 2014.The Congress has nothing to offer the subaltern classes by way of a different economic policy.

It may still triumph electorally in states where it is the sole opposition to the BJP, but it would not emerge as a national force until it can provide an alternative vision to the subaltern classes.

Modi may be looking like a poor shadow of his 2014 self, but Gandhi is not even trying to defeat him.

Congress has won these assembly polls just because of huge anti incumbency not because of stupid speeches given by Rahul gandhi.

Today, in opposition, the Congress’ main failure is an absence of attractive policy imagination.

Congress can be happy as it has won 3 states together but to defeat Modi it should have leader of Modi’s stature whom people still believe more than any other political leader of any party.

Hindus have lost the 3 states not Narendra Modi !!