A foreign bureaucrat once told American economist Milton Friedman that workers in his country were given shovels instead of tractors to build a canal because more jobs were created that way. 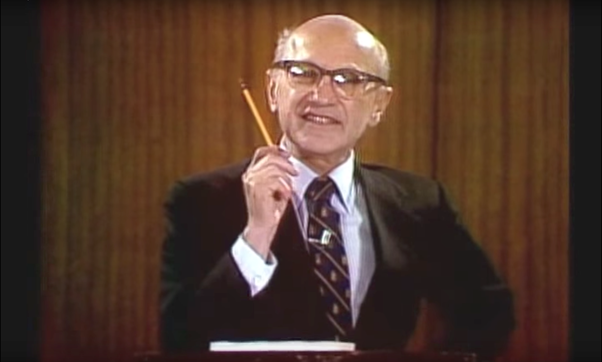 Hearing this, Friedman said, “If it’s jobs you want, then you should give these workers spoons, not shovels.”

The fear of disruptive technology causing massive job losses is nothing new. Economists have used the term ‘lump of labour fallacy’ to characterise the common, albeit mistaken, belief that there is only a limited amount of work to be done in an economy.

The victims of this fallacy believe the available work needs to be spread among the population to prevent unemployment.

The Luddite movement of the 19th centuryeven called for the destruction of machinesto save jobs. 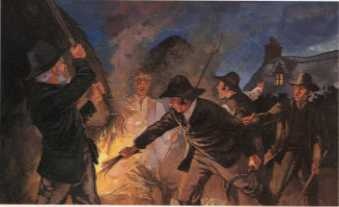 Pause for a moment and think how the modern world be if the Luddite movement had succeeded?

Perhaps we might have lesser unemployment rate but all the so-called employed people would be in cotton fields plucking cotton balls, or making clothes by hand or pulling the carts by the labour of man!

Agreed that technology, has caused massive job losses for centuries, but new forms of work have always cropped up to absorb the displaced labour.

This is for the simple reason that human needs are virtually unlimited compared to the supply of labour.

Look around you for a while. Think of the various kinds of jobs which you can see and ponder if they existed before 200 years or even 100 years.

The gym trainer, the bus driver, software developer, the Amazon delivery person are all a few examples of the new jobs created because of the emerging technology. The same technology which rendered a few persons jobless also opened job prospects for many others.

When machines took over the textile and the agricultural sector, human got more free time. With this free time, he invented bigger machines which would automate the industrial sector and free millions of humans who would further put their mind to develop 3rd industrial revolution.

Now, with the rise of the driverless cars, artificial intelligence and the blockchain technology, the deads have woke up from their grave to debate the same old problem. 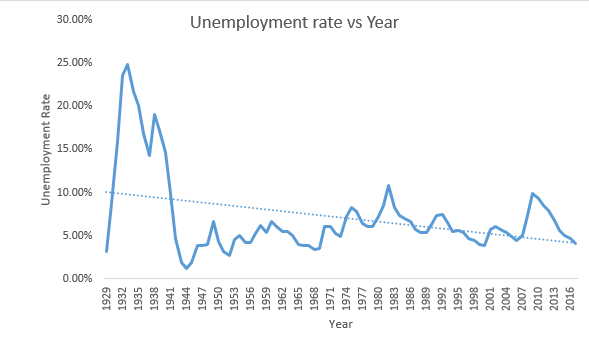 The unemployment rate has only declined in the past 90 years. There have been a few spikes here and there but the long-term average comes about 5 %.

To sum it up, human will always be relevant. Few jobs will be lost with the emergence of a new technology and many more will be created.