I went to the Burger King shop at Lulu Mall,Kochi for a take away order. As I could see some, boards on the offer they have, I asked the sales boy about the combo offers on Burgers.He told me to have a look at the board and I did.

There was a combo offer which include 2 Large burgers with Chips and Pepsi for 449 Rs. 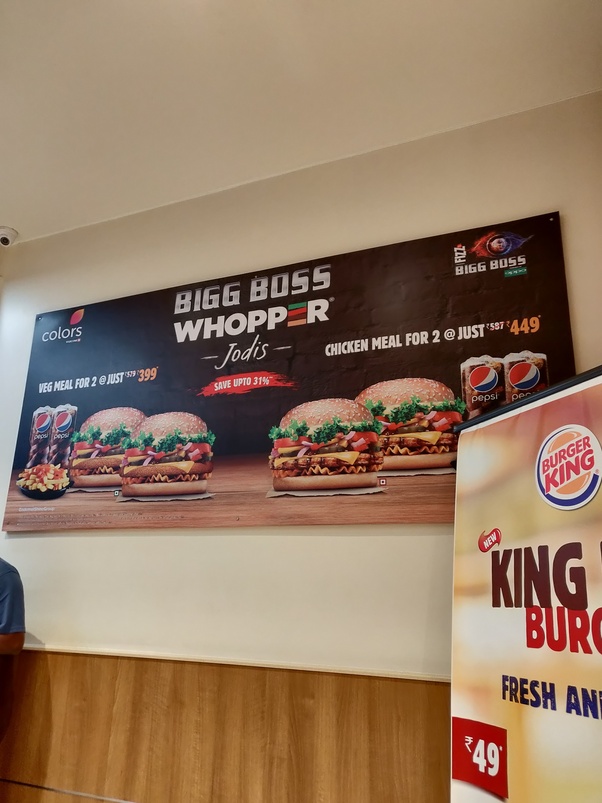 I further enquired him, whether the prices shown are inclusive of tax or not. He put a fake smile on his face and told me, the final price will be around 472 Rs. I told him, that was really huge price and I would like to go for a chicken combo which available at 79 Rs. 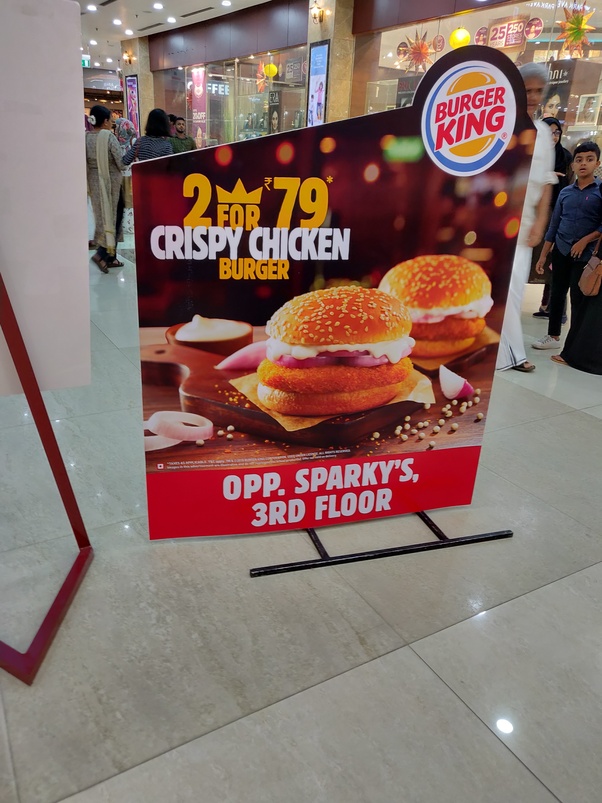 I gave him my card and he started placing my order within no time. I told him, card was having WiFi(NFC technically) so he could use that. But he put the card inside, and gave me the POS machine with Pin Entering screen. He told me the old school method was more convenient for him. He handed me the receipts and I started waiting for the order.

The place was not crowded at all, so I could easily find a spot to sit. I glanced at the order receipt, intending to find the order number. I quickly eyed over the order amount. I was shocked..!

The order they placed was for the combo of 449 which amounted to 472rs with Tax. I was perplexed and ran to the counter and told that sale boy, what he ordered for me was wrong. Again he was smiling, but this time, I could sense something else was there in his smile. I told him, what I wanted was the combo with 79rs. He replied me that he thought that I wanted a combo with 449. I stood there baffled.

How often do you get to look at the amount of the order at the POS machine. Commonly the screen would be that in which, we have to enter our pin, and check whether the amount is receiving or not.

I stood calm and told him that, that was an excellent business idea. He made me a total idiot and upgraded the total revenue of Burger King from 79 rs to 472 rs . About 500% increase just with that act. I expected he would say that he was sorry. But he didn’t. What he said was, Thanks. He had taken my comments as appreciation.

I went to my seat, thinking how did I let him make me a fool. I observed him as he was telling(joking) about this to his co-workers. I expected some one would say sorry. But nobody did. I did want to yell at them for what they did, but there were families with kids, so I didn’t. They were making customers fools and were making a revenue out of that. 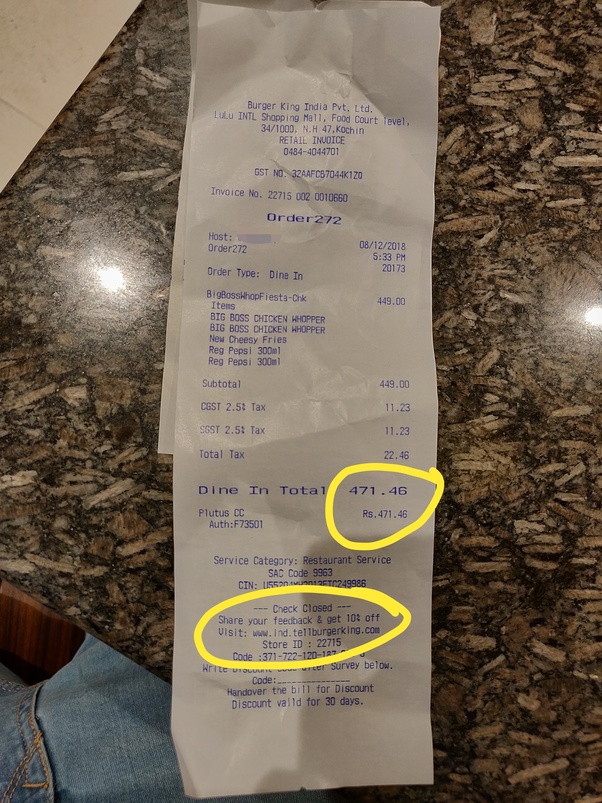 Finally I got, what the” sales boy” ordered. It was having two pepsi glasses which were waiting to spill the moment I take them. The funny part was that, I had to ride my bike to my home and this was a take away order. There was no way that I could take those pepsi with me. Normally I would have drank the pepsies, but I was on the verge of a bad cold, so I had to put those pepsies in the nearest waste basket I could find. I felt really bad.

It was not about money I spent, but nobody even cared to say that they were sorry.

Note: I really thank everyone for sharing your thoughts in the comment section. Most of the readers wanted me to yell at them right away and demand for another order. May be you all are right, that’s what I should have done. But at first, I really thought, this could have been an honest mistake from the boy who took the order. I really didn’t want to yell at them unnecessarily. Only after a little while, I got to know that they were taking me for granted. I went to the counter again and started asking about this. This time the counter was occupied with another salesgirl who acted like she had no idea what I was talking about. I expressed my problem to her, but she just repeated the items in the order, frowing her eyebrows. Just for the sake of arguing I could have said like he didn’t ask for the order confirmation or repeat the order two times as per company policy. But I was blocking families from ordering their meals, especially kids who were staring at me for not letting them getting their Burger. And I considered this as partially my mistake too, as I should have noticed/asked the final amount, before authorising the transaction. Thats why I left the counter before creating any scene there. Yes, may be I should have started yelling at them.

Burger King associate called me this evening and apologized for this incident. They told me that they would take necessary steps not to repeat these kind of unfortunate events ever again.